U11s off to a great start 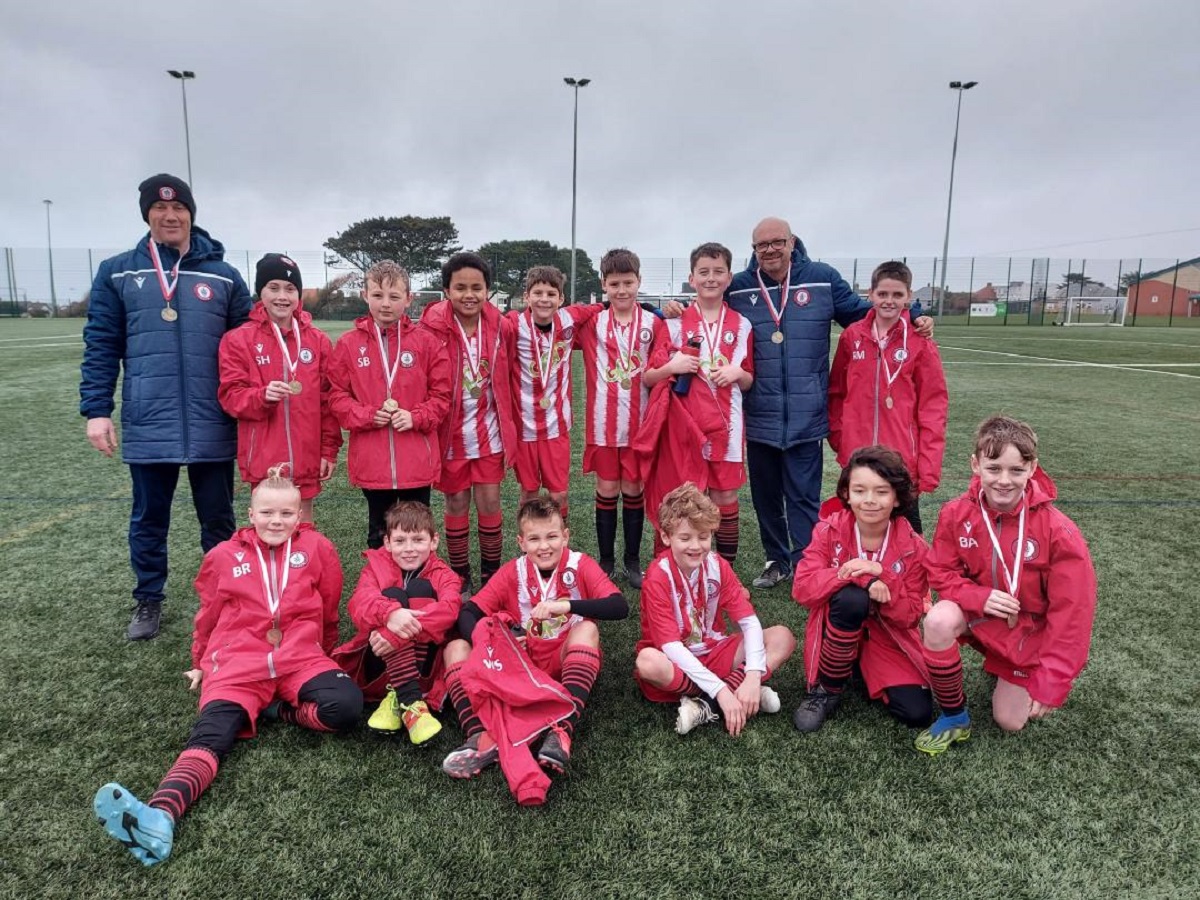 Newquay were looking forward to the start of the new season and back to a sense of normality after the pandemic.

The start was not what the team were hoping for, the loss of the coach and 4 experienced players moving to Illogan brought uncertainty and concern. Although these major setbacks the 2021/22 campaign had some hope as new coaches Gary and assistant Gregg took over as well as 3 new players joined – Boyd and Luca, who had never played for a team before, and Hayden, who had joined from Goonhavern provided some new options for the squad. Previous Newquay players, Blake and Ollie also joined back, enjoyed being with their friends.

With the new additions and coaches in place, a new style of play was brought in. The team managers introduced fun exercises and team play, ensuring that every player was involved in the game. This brought a new atmosphere to the team, after the tough times through the pandemic. This led to many of the boys finding their love for the game with a few of the squad members signing up for additional football activities, such as the Development Centre run by Newquay AFC Youth on Saturday mornings. The team also took advantage of the equipment at their disposal, using the Veo camera, brought by the club, which films activity and follows the movement of the ball, allowing for the coaches not only to analyse performance and improve on weaknesses but also structure the play for future matches. Even with all this reinforcement, Newquay had a difficult season ahead of them with some tough fixtures coming up such as St Day, Penzance, Falmouth and Truro, who have always been difficult to beat, as well as Helston who were looking stronger than ever. Newquay Raiders tried their hardest throughout the season and won every game by a comfortable margin.

Newquay could rely on brilliant defence, Goalkeeper: Syd, was solid in goal and the defence trio: Logan, Luca and Alfie H was impossible to beat with no goals conceded in the last 5 league games. The midfield (Warren, Boyd and Hayden) also played a vital part moving the ball around quickly and not letting the opposition get a touch. The wings (Seb, Alfie K, Blake and Rio) brought incredible pace and precision allowing the strikers Josh and Ollie to score numerous goals with the goal machine Josh achieving staggering 39 goals as a contribution to the overall team’s goal tally.

Even in friendlies the team gave their all with assistant manager Gregg exclaiming after the game against Hayle, “Hayle are a decent team, but they
didn’t get a chance to show it today as we didn’t give them any time or space to play. Our lads worked their socks off”. Throughout the season the team showed that team play, and camaraderie are the most important things in the game, and encouraged by their coaches they never lost their spirit even in the toughest of games. Newquay are looking forward to next season and hopefully continuing their unbeaten streak.